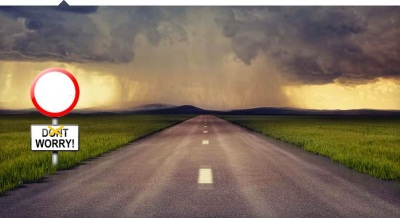 We live in times of reflection – and by no means of celebration. An unprecedented economic and social crisis is spreading rapidly around the Globe. In periods like this it is vital to keep our minds clear and to see things as objectively as we can. And with all due objectivity, we can say that apparently this crisis has not been trully predicted by nobody in the past, neither by the economists nor the sociologists nor by any other specialized scientist. Some may have had some glimpses but the exact dimension and time of occurrence of the phenomenon has not been predicted by none! To the exception of the Astrologers…In fact, many major Astrologers predicted the current crisis with astonishing accuracy, even decades ago! The French Astrologer Andre Barbault for example, who is a world expert in planetary cycles and in mundane astrology, was talking already back in the ’80’s about “the great financial crisis of the years 2008 – 2012” ! In his book “L’Avenir du Monde Selon L’ Astrologie” (published in 1993, Editions Du Felin) and in page 198 he states: “the opposition Saturn – Uranus (of the year 2008) will probably trigger the first major financial crisis of the XXI Century”. In the very same page he talks about the ominous square aspects that will be formed in the year 2010 between the planets Uranus and Pluto and Saturn and Pluto. He claims that these rare planetary delineations will coincide with the peak of this cataclysmic finanacial and social global crisis. Nationalistic and extremistic movements will gain momentum, riots and wars will escalate!

Another relevant book I have in my hands is E. Alan Meece’s “Horoscope for the New Millennium” (Llewellyn Publications) first printed in 1996. In page 273 Meece writes: “The year 2009 marks the start of an important and painful period…The ferment will rise to fever pitch in the Fall of 2009…”. In page 274 he goes: “Dodging an Apocalypse: A titanic square. When Jupiter and Uranus enter Aries in the spring of 2010, people will be much less restrained in expressing their frustration. “Peasants” and other poor people will rise up world-wide and governments will be besieged with demands for change…This titanic, historic T-square involves the same four planets as the T-square which coincided with the Great Depression”!

Finally, let me quote here an excerpt from the book “Forecasts for 1995” of the American Astrologer Reymond Merriman (he wrote this book back in 1994, when there was not even a slight indication of the current crisis in the air ):

In this book Merriman is focusing on the predictions of the year 1995. He highlights some difficult planetary delineations of that specific year and then he – rather abrubtly – states that these configurations are nothing in compare to the ones that will be formed in the period years 2008 – 2012! As he writes:

“These are indeed all important (planetary configurations), but not likely as eventful as…the period 2008-2012, when Uranus will enter Aries, Pluto will enter Capricorn (squared by Uranus), and Saturn will enter Libra. This will be the first time since 1929-1931 that these three bodies have been in the cardinal T-Square signs to one another. You may recall that 1929-1931 was an eventful time in the world. You may conclude (I do) that whatever we are doing now is simply a buildup into that time period. What happens then will be a direct result of policies, behaviors, and attitudes we are starting to develop and implement now. Hopefully, as a world body, we will have more wisdom and foresight now than we did in the 1920’s. Otherwise it might very well fall apart – again. Oh yes, it will rebuild again. But is it necessary to go through the agony – again? It is until we learn from our experiences.”

How prophetic was Reymond Merriman 15 whole years ago! And as we saw here, he was not the only one… Whoever was able to elementary decipher the rare planetary configurations we are actually experiencing would come to the same conclusions. I could cite dozens, hundreds of similar articles of other Astrologers – written some 10, 20 or even 30 years ago – all of them predicting with a stunning accuracy the actual grim situation!

I am ever surprised by the greatness of Astrology! The fact that it forecast this huge worldwide economic and social crisis (a succesful forecast that could be described as the most dramatic made by astrology in the last 100 years) is to me a great event! It makes us realize the validity of Astrology and its enormous utility for us humans, who are blindly trying to find our bearings in this vast and mysterious Universe!